The Centers for Medicare and Medicaid Services now mandates infection control programs in nursing homes, and not a moment too soon, microbiologists say.

The ugly truth is that bacteria are learning how to resist antibiotics faster than we can develop new medications. Microbes once considered relatively benign and easy to treat—such as E. Coli, respiratory infections and skin infections—have now evolved into drug-resistant strains that are capable of killing.

Bacteria are also getting “smarter,” as several strains have developed ways to pass on the genetic code for resistance to the next generation as the bacteria reproduce. For patients, that means things can go from bad to worse in a big hurry.

Scientists at Oregon State University are attacking the problem through a different door. Instead of developing a new antibiotic, Professor Bruce Geller (right) and his team are trying to develop a molecule that can attack a bacterium’s ability to destroy an antibiotic.

The target is the genetic enzyme called NDM-1, which carries the instructions for defeating antibiotics. The most serious threat is that the NDM-1 enzyme also can defeat the carbapenems, an advanced class of antibiotics reserved as “the last line of defense.”

“We’ve lost the ability to use many of our mainstream antibiotics,” Geller said in a university release. “Everything’s resistant to them now. That’s left us to try to develop new drugs to stay one step ahead of the bacteria, but the more we look the more we don’t find anything new. So that’s left us with making modifications to existing antibiotics, but as soon as you make a chemical change, the bugs mutate and now they’re resistant to the new, chemically modified antibiotic.”

The Centers for Disease Control and Prevention received $160 million in Congressional appropriations to combat antibiotic resistance in 2016, including setting up a seven-region laboratory network to track and respond to antibiotic-resistant samples across the country. The CDC’s list of the most urgent threats now includes three microbes: Clostridium difficile (C. diff), Cabapenem-resistant Enterobacteriacea (CRE) and drug-resistant Neisseria gonorrhoeae (cephalosporin resistant). The CDC also tracks emerging resistance mechanisms, such as NDM-1 and others.

Geller says his resistance enzyme-fighting molecule could be ready for human testing in three years.

The research is published in the Journal of Antimicrobial Chemotherapy. 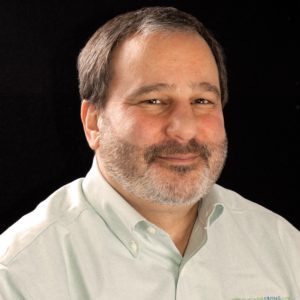