It’s been seen many times before in American film. A camera is resting ground level, capturing white vapor as it slowly billows up through a Manhattan manhole cover, showing viewers that New York is gritty and, well, steamy. But this Hollywood cliché explains more than just a setting-it’s a display of efficient energy delivery from a process called cogeneration, and it can save thousands of dollars on utility bills at many facilities.

Jack Kelly, director of project management and purchasing at Central Connecticut, explains that despite its technical-sounding name, the cogeneration process is actually pretty simple to digest.

“It’s a natural gas engine, on its own meter, and produces 75 kilowatts of electricity that feeds into our main panel,” Kelly says of the cogeneration system used in both of Central Connecticut’s nursing homes. “The by-product is the heat from the water that is circulated to cool the engine. That heat goes to our boilers and hot water storage tanks, which supply hot water to our kitchens, residents rooms, showers, etcetera, so the gas boilers don’t have to kick on as often.”

It turns out that small engine, rented from and monitored by a private service, is a conduit for both energy and big savings. From November 2007 to November 2008, the first year of operation, the 130-bed Southington Care Center and the 120-bed Jerome Home saved $60,000 and $35,000, respectively, which Kelly calls “conservative estimates.” Those numbers come after system maintenance, gas, and other charges have been absorbed.

Natural gas goes in. Valuable heat comes out. Not a bad deal.

Kelly says electricity consumed annually was also slashed, going from 925,000 kilowatts to 596,000 kilowatts after the cogeneration engines were installed.

“No one can afford to pay more than necessary for energy and clean, reusable energy is the right choice to make,” says Trish Walden, vice president of Central Connecticut. With the help of a grant from the local Department of Public Utilities, an expectation of significant cost reductions, and a desire to contribute environmental benefits, Walden says the decision to switch to cogeneration was easy. However, not every facility can make the transition.

Central Connecticut’s assisted living facilities, for example, were not fitted with cogeneration for a variety of reasons. Newer systems in those facilities provide separate heating and air conditioning in resident rooms. One facility already had a heat pump and central hot water system; another offered no place for the exhaust to vent because the boiler room was next to a central courtyard. With these obstacles in mind, Walden suggests the first step of switching to cogeneration should be a thorough evaluation from a consulting company to see if a facility is a good candidate.

Another hindrance to a cogeneration upgrade can be location. If a facility is in warmer year-round locations, the heat by-product could go to waste. There is also not much demand for heated amenities in the summer, so Kelly says a facility can have extra piping installed for an absorption chiller to be used with a radiator, which uses lost heat to manufacture cooling.

One final tip is to lock-in electric rates, something Kelly says his employer has been “very proactive at doing.” When cogeneration was first installed in 2007, Central Connecticut had secured rates until 2010. When the economy plummeted a year later, so did the charges, and the company was able to blend and extend rates until 2014, reducing them by 6%.

Walden says if a facility can justify the installation of a cogeneration system, the rewards could be plentiful.

To send your comments to the editor, e-mail mhrehocik@iadvanceseniorcare.com 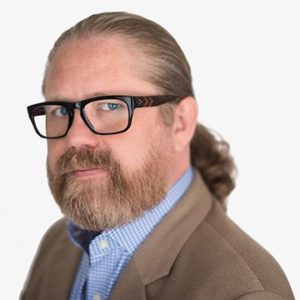