In the wee hours of June 2, 2015, more than 80 residents were evacuated during a fire at Marshall Square Retirement Community, Evans, Ga. One resident died.

A second lawsuit was filed this week seeking damages resulting from the June 2015 fire that engulfed Marshall Square Retirement Community, Evans, Ga., killing one resident and displacing more than 80.  The suit alleges flawed management and a dangerous “shelter in place” policy that encouraged residents to stay in their apartments instead of evacuating the building, according to Augusta, Ga. WAGT-TV news.

Rhetta Cadle, 81, is one of the plaintiffs in the suit, which is seeking $5 million in damages. Cadle was a third-floor resident at the complex and hid in her bathroom for hours while the building burned.  The building’s management had downplayed the severity of the fire and had initiated a “shelter in place” policy, which delayed the evacuation of residents from the building, the suit claims.

Another third-floor resident, 91-year-old Dorothy Carpenter, died in the fire.  Most of the building was destroyed or severely damaged and has since been razed.

The fire investigation, ongoing for months, is steeped in accusations of poor facility management, ignored warnings of improper safety policies and fire sprinklers that may have been inadequate, noted the (Columbia County) News-Times in mid-June.

An earlier class action lawsuit was filed in mid October on behalf of other plaintiffs who had resided on the third floor despite having mobility issues that would make it difficult to evacuate in a fire. 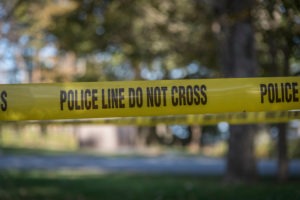